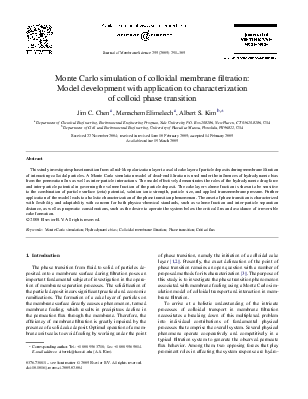 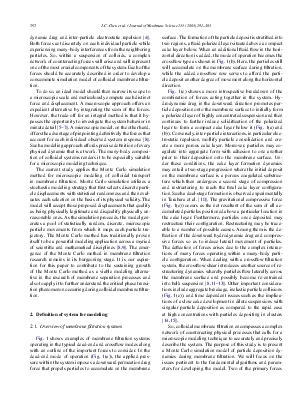 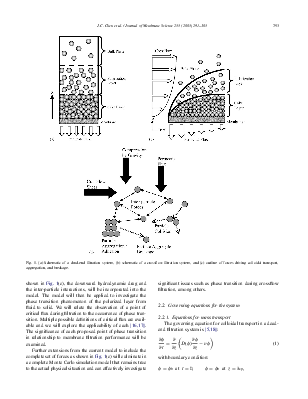 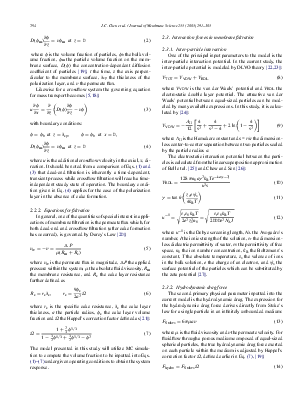 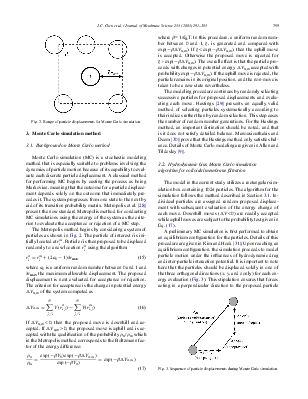 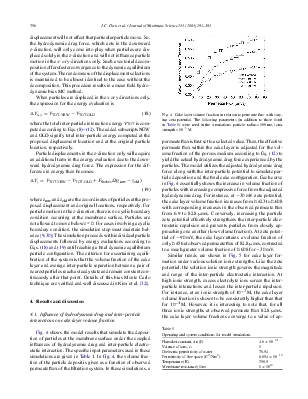 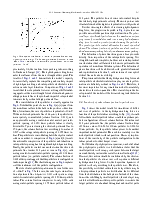 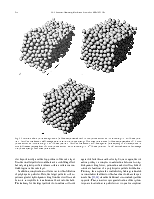 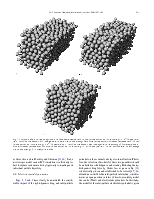 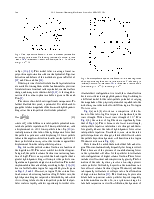 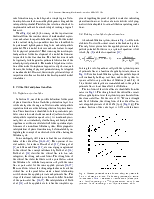 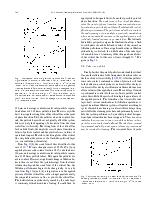 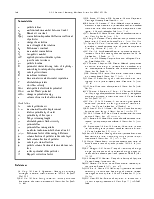 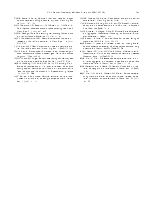 Model development with application to characterization of colloid phase transition

Thisstudyinvestigatesphasetransitionfromafluid-likepolarizationlayertoasolidcakelayerofparticledepositsduringmembranefiltration of interacting colloidal particles. A Monte Carlo simulation model of dead-end filtration is used under the influences of hydrodynamic bias from the permeation flux as well as inter-particle interactions. The model effectively demonstrates the roles of the hydrodynamic drag force and inter-particle potential in governing the volume fraction of the particle deposit. The cake layer volume fraction is shown to be sensitive to the combination of particle surface (zeta) potential, solution ionic strength, particle size, and applied transmembrane pressure. Further application of the model leads to a holistic characterization of the phase transition phenomenon. The onset of phase transition is characterized with flexibility and adaptability with concern for both physico-chemical standards, such as volume fraction and inter-particle separation distance, as well as pragmatic considerations, such as the desire to operate the system below the critical flux and avoidance of irreversible cake formation.

The phase transition from fluid to solid of particles deposited onto a membrane surface during filtration poses an important fundamental subject of investigation in the operation of membrane separation processes. The solidification of the particle deposit incurs significant practical and economic ramifications. The formation of a cake layer of particles on the membrane surface directly causes a phenomenon, termed membrane fouling, which results in precipitous decline in the permeation flux through the membrane. Therefore, the efficiency of membrane filtration is greatly impaired by the presenceofasolidcakedeposit.Optimaloperationofamembrane unit seeks to avoid fouling by working under the point

of phase transition, namely the initiation of a colloidal cake layer [1,2]. Presently, the exact delineation of the point of phase transition remains an open question with a number of proposed methods for its characterization [3]. The purpose of this study is to investigate the phase transition phenomenon associated with membrane fouling using a Monte Carlo simulation model of colloidal transport and interaction in membrane filtration.

To arrive at a holistic understanding of the intricate processes of colloidal transport in membrane filtration necessitates a breaking down of this multiplexed problem into individual contributions of fundamental physical processes that comprise the overall system. Several physical phenomena operate cooperatively and competitively in a typical filtration system to generate the observed permeate

flux behavior. Among them, two opposing forces that play prominent roles in affecting the system response are hydrodynamic drag and inter-particle electrostatic repulsion [4]. Both forces act discretely on each individual particle while experiencing many-body interferences from the neighboring particles. So, within a suspension of colloids, a complex network of counteracting forces will arise and will represent oneofthemostcrucialcomponentsofthesystem.Eachofthe forces should be accurately described in order to develop a consummate simulation model of colloidal membrane filtration.

To do so, an ideal model should then narrow its scope to a microscopic scale and meticulously compute each distinct force and displacement. A macroscopic approach offers an expedient alternative by integrating the sum of the forces. However, the trade-off for an integral method is that it bypasses the opportunity to investigate the system behavior in minute detail [5–7]. A microscopic model, on the other hand, offerstheadvantageofpinpointingdefinitivelytheforcesthat account for each individual observed system response [8]. Such a modeling approach affords precise definition of every physical dynamic that is at work. The many-body composition of colloidal systems renders it to be especially suitable for a microscopic modeling technique.