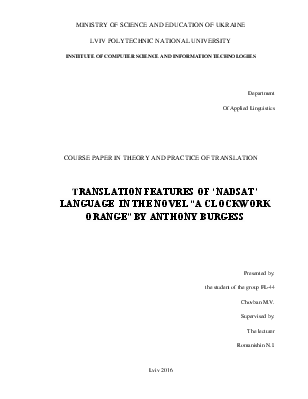 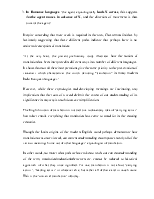 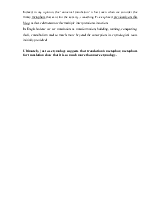 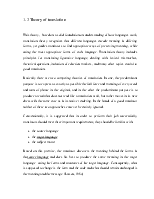 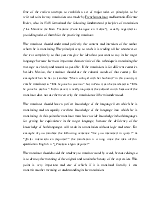 MINISTRY OF SCIENCE AND EDUCATION OF UKRAINE

COURSE PAPER IN THEORY AND PRACTICE OF TRANSLATION

the student of the group FL-44

1.3.  The problems of equivalence in translation

2.1. What is the “nadsat” language by Anthony Burgess

2.2. The translation of the “nadsat” language into Russian by V. Boshniak and E.Sinelshikov

2.3.  The translation of the “nadsat” language into Ukrainian by A.Butsenko

2.4. Analysis of the ways of translations of the novel “A clockwork orange” into Ukrainian and Russian

Translation is the communication of the meaning of a source-language text by means of an equivalent target-language text. While interpreting—the facilitating of oral or sign-language communication between users of different languages—antedates writing, translation began only after the appearance of written literature. There exist partial translations of the Sumerian Epic of Gilgamesh (ca. 2000 BCE) into Southwest Asian languages of the second millennium BCE.

Translators always risk inappropriate spill-over of source-language idiom andusage into the target-language translation. On the other hand, spill-overs have imported useful source-language calques and loanwords that have enriched the target languages. Indeed, translators have helped substantially to shape the languages into which they have translated.

Due to the demands of business documentation consequent to the Industrial Revolution that began in the mid-18th century, some translation specialties have become formalized, with dedicated schools and professional associations.

Because of the laboriousness of translation, since the 1940s engineers have sought to automate translation or to mechanically aid the human translator. The rise of the Internet has fostered a world-wide market for translation services and has facilitated language localization.

Translation studies systematically study the theory and practice of translation.

The actuality of the course work  is due to the general trend of contemporary Translation Studies research for multidimensional analysis of literary text. Also let’s note that in  the Ukrainian studies the features of translation of individual style of E. Burgess are unknown.

The purpose of the course work is to analyze the strategies chosen by Ukrainian and Russian translators to play the artificial language "nadsat" in dystopian novel, "A clockwork Orange".

The object is a novel by Anthony Burgess "A clockwork  Orange" and its same-named film adaptation by  Stanley Kubrick.

The subject of study is the language translation features "nadsat" in Anthony Burgess's novel "A clockwork orange".

Research methods. Due to the purpose and objectives of the course work we used the method of comparing the translation with the original text. Because the study was conducted within the linguistic theory of translation, linguistics widely used methods: continuous sampling method (to create a corps of factual material); quantitative analysis of elements (for setting the frequency of certain structures in the TO and TP), contrastive method (to establish distinctive and common features in the system, normal and Usage of units English and Ukrainian languages), method of substitution.

Theoretical value is to study the characteristics of the translation of the novel, which is still not fully investigated by linguists and which has the differences in approaches to study it.

The practical significance of this work lies in the fact that it can be used to further a deeper study of the novel "A clockwork Orange" and its translation, especially, in the development of practical and theoretical materials for practice sessions with language translation.

Starting with the fairly well-known roots of the English term, the word‘translation’comes from the Latin translatus, the past participle of the verb transferre. Meaning ‘to carry across’, this term is itself a translation from the Classical Greek metapherein(meta- [over, across] + pherein[to carry, bear]), from which we also get the term ‘metaphor‘.