Surfaces from Wireframe. A Drive curve can be defined as a spinerunning through a surface upon which the sections hang perpendicular 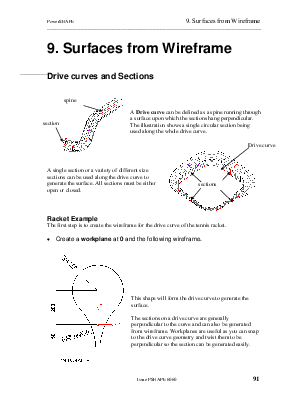 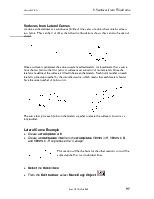 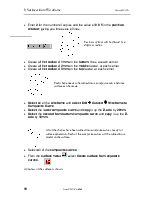 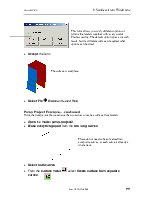 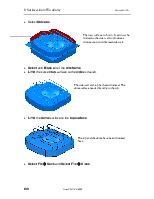 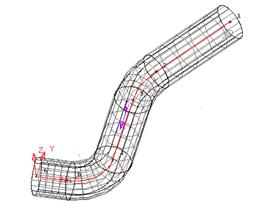 A Drive curve can be defined as a spinerunning through a surface upon which the sections hang perpendicular. The illustration shows a single circular section being used along the whole drive curve. 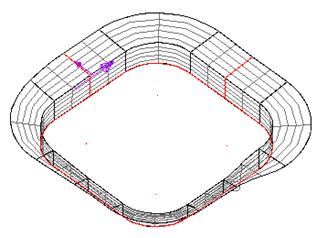 A single section or a variety of different size sections can be used along the drive curve to generate the surface. All sections must be either open or closed.

The first step is to create the wireframe for the drive curve of the tennis racket. 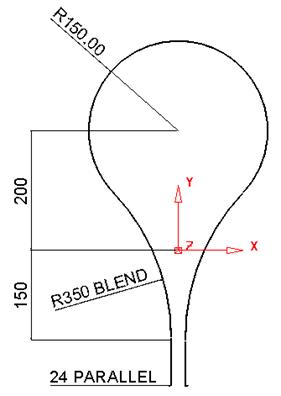 Create a workplane at 0 and the following wireframe.

This shape will form the drive curve to generate the surface.

·  Create a workplane and position it at the midpoint at the top of the racket.

·  Zoom into the new workplane area

These will be filleted by an arc of radius 25. During this creation you may need to make another circle of radius 8, due to the automatic trimming.

·  Fillet the circles with an arc of radius 25.

This will be the main centre section of the racket.

The other sections are circles and they can be placed directly at the grip end, without the need for another workplane.

·  Generate two circles of radius 10 with their centres snapped to the end of the lines. 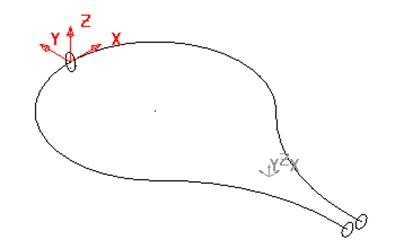 The drive curve and each cross section have to be turned into composite curves before a drive curve surface can be produced.

·  Create a composite curve for each cross section and the drive curve.

From the surface menu 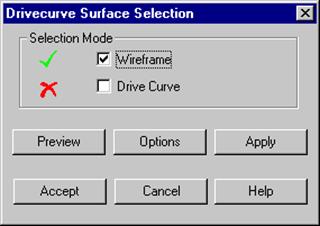 This shows that you have some wireframe selected for the section/s for the surface.

The drive curve will be displayed in Pink, and a Green tick will appear. 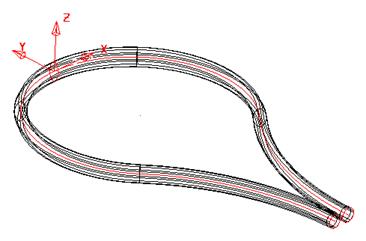 This generates a surface with a changing section from a circle to the defined section and then back to the circle.

To maintain a particular section on the drive curve then extra sections need to be added.

·  Select and Delete only the surface

A circle and arrow is drawn around the centre of the selected object. This is the rotation centre and can be dragged to the required position.

Alternatively the option reposition the rotation option can be used which attached the arrow and circle to the cursor for positioning. 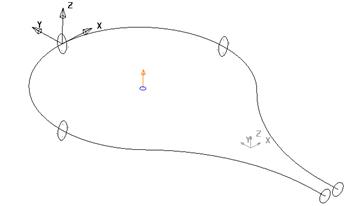 Between these three shaped cross sections the surface shape will remain the same.

·  Generate a surface from drive curve using all five sections. 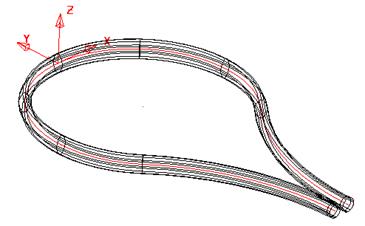 You can also use just one section; one of the circles, placed anywhere along the drive curve to generate a surface.

Note: If you have many composite curves to generate you can select all of the required geometry and select Edit èConvert è Wireframe to Composite Curve.

Using the pump example we can use the round and arc geometry to make a dome surface.

·  Switch on all levels

Select the dome geometry and use Blank Except. (Ctrl + K)

·  Select and use the Right Mouse button menu to reverse the red surface.

The ribs across are going to be created using Drive Curve Surfaces.