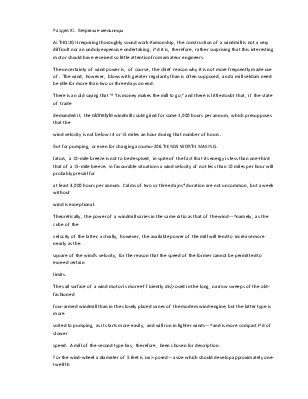 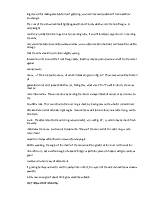 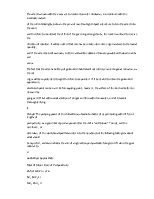 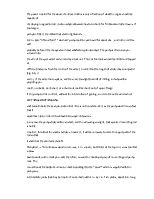 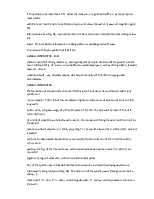 ALTHOUGH requiring thoroughly sound work-Xxmonship,  the construction of  a windmill is not a very difficult nor an unduly expensive undertaking ; i^d it is,  therefore,  rather surprising that this interesting motor should have received so little attention from amateur engineers.

The uncertainty of  wind power is,  of  course,  the chief  reason why it is not more frequently made use of .  The wind,  however,  blows with greater regularity than is often supposed,  and a mill seldom need be idle for more than two or three days on end.

There is an old saying that '^ 'tis money makes the mill to go;" and there is little doubt that,  if  the state of  trade

demanded it,  the oldnstyle windmill could grind for some 3,000 hours per annum,  which presupposes that the

wind velocity is not below 14 or 15 miles an hour during that number of  hours.

But for pumping,  or even for charging accumu-206 THINGS WORTH MAKING.

lators,  a 10-mile breeze is not to be despised,  in spite of  the fact that its energy is less than one-third that of  a 15-mile breeze.  In favourable situations a wind velocity of  not less than 10 miles per hour will probably prevail for

at least 4,000 hours per annum.  Calms of  two or three dajns* duration are not uncommon,  but a week without

Theoretically,  the power of  a windmill varies in the same ratio as that of  the wind—^namely,  as the cube of  the

velocity of  the latter; actually,  however,  the available power of  the mill will tend to increase more nearly as the

square of  the wind's velocity,  for the reason that the speed of  the former cannot be permitted to exceed certain

The sail surface of  a wind motor is more ef f iciently dis]>osed in the long,  narrow sweeps of  the old-fashioned

four-armed windmill than in the closely placed vanes of  the modem wind-engine; but the latter type is more

suited to pumping,  as it starts more easily,  and will run in lighter winds—^and is more compact i^d of  slower

speed.  A mill of  the second type has,  therefore,  been chosen for description.

a08 THINGS WORTH MAKING.

desired to make a larger or smaller mill,  it is hardly necessary to point out that the power will be proportionate

to the square of  the diameter of  the wind-wheel.

In the design which follows,  the use of  castings has been avoided,  as it seems a waste of  labour to make

somewhat complicated patterns when only one set of  castings is likely to be required; and,  further,  the

machining would present dif f iculties unless a good-sized lathe were available.  The materials are consequently

limited,  as far as possible,  to timber and wrought iron,  in forms easily obtainable.

washers of  ample size.  Good,  sound yellow deal will answer the purpose,  but pitch-pine would be preferable

where expense is not a serious consideration.

A height of  about 12 feet is shown,  but this must,  of  course,  depend upon circumstances.  The bottom of  the

wind-wheel should be at least 2 feet above any trees or buildings in its vicinity,  so as to avoid eddies in the wind.

obviously almost equally important that the wind should f low as

f reely away f rom a windmill as towards it.  If  the tower require to be higher than shown,  the cant of  the sides

should be continued at the same angle,  in order to broaden the base,  the extended portion being well braced.

In some cases,  a short tower f rom the roof  of  a workshop or other building may answer the purpose,  but it need

hardly be said that the higher the wheel the better,  as the wind i& retained by the surface of  the ground.

The woodwork of  the tower should be thoroughly well painted with at least three coats,  the priming being

composed of  white lead with a little red lead added.  All joints should be well coated before being put together,