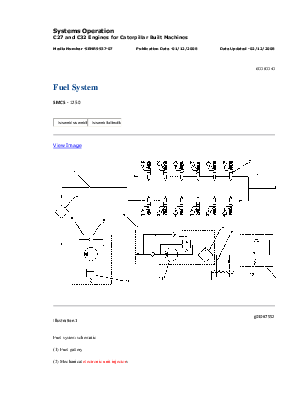 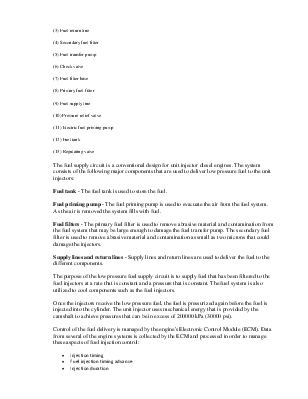 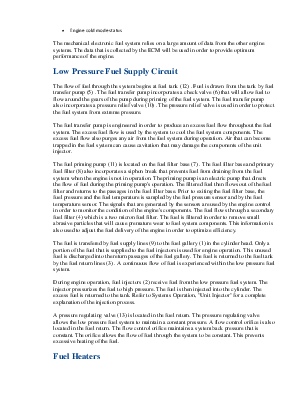 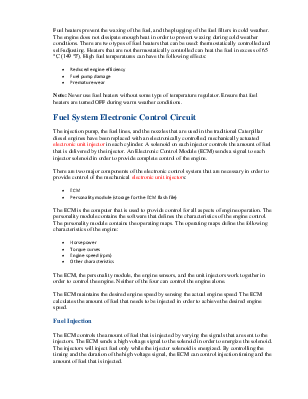 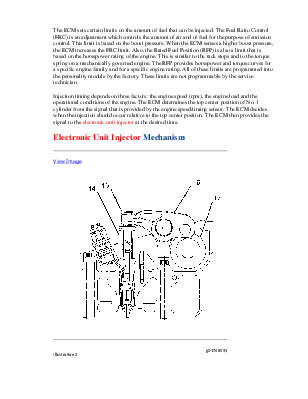 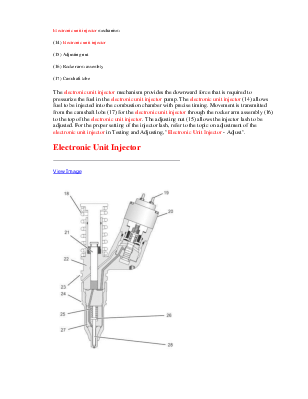 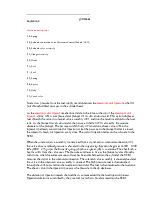 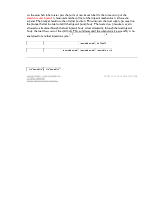 The fuel supply circuit is a conventional design for unit injector diesel engines. The system consists of the following major components that are used to deliver low pressure fuel to the unit injectors:

Fuel tank - The fuel tank is used to store the fuel.

Once the injectors receive the low pressure fuel, the fuel is pressurized again before the fuel is injected into the cylinder. The unit injector uses mechanical energy that is provided by the camshaft to achieve pressures that can be in excess of 200000 kPa (30000 psi).

Control of the fuel delivery is managed by the engine's Electronic Control Module (ECM). Data from several of the engine systems is collected by the ECM and processed in order to manage these aspects of fuel injection control:

The mechanical electronic fuel system relies on a large amount of data from the other engine systems. The data that is collected by the ECM will be used in order to provide optimum performance of the engine.