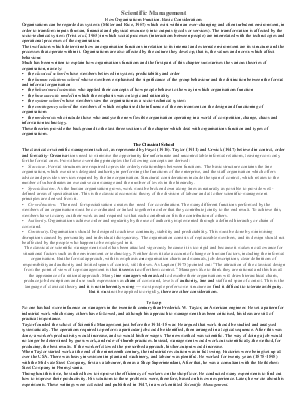 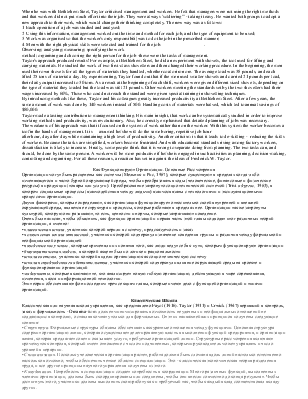 Organisations can be regarded as systems (Miller and Rice, 1967) which exist within an ever-changing and often turbulent environment, in order to transform inputs (human, financial and physical resources) into outputs (goods or services). The transformation is affected by the socio-technical system (Trist et al, 1963) in which social processes (interactions between people) are interrelated with the technologies and operational processes of the organisation.

The two factors which determine how an organisation functions in relation to its internal and external environment are its structure and the processes that operate within it. Organisations are also affected by the culture they develop, that is, the values and norms which affect behaviour.

Much has been written to explain how organisations functions and the first part of this chapter summarises the various theories of organisation, namely:

•    the classical school whose members believed in system, predictability and order

•    the modernists who include those who analyse the new flexible organisation operating in a world of competition, change, chaos and information technology.

These theories provide the background to the last three sections of the chapter which deal with organisations function and types of organisations.

The classical or scientific management school, as represented by Fayol (1916). Taylor (1911) and Urwick (1947) believed in control, order and formality- Oreanisa-tions need to minimise the opportunity for unfortunate and uncontrollable informal relations, leaving room only for the formal ones. From these overriding principles the following concepts are derived:

•    Structure. Formal structures are required to provide orderly relationships between functions. The basic structure contains the line organisation, which exercises delegated authority in performing the functions of the enterprise, and the staff organisation which offers advice and provides services required by the line organisation. Structural considerations include the span of control, which relates to the number of subordinates an executive can manage and the number of levels in the hierarchy.

•    Specialisation. As the human organisation grows, work must be broken down along lines as naturally as possible to provide well-defined areas of specialisation. This is the classical economic theory of the division of labour and all other scientific-management principles are derived from it.

•    Co-ordination.   The need  for specialisation  creates the  need  for coordination. The many different functions performed by the members of an organisation must be co-ordinated or linked together in order that they contribute jointly to the end result. To achieve this, members have to carry out their work as and required so that each contribution fits the contribution of others.

•    Authority. Organisations achieve order and regularity by the use of authority implemented through a defined hierarchy or chain of command.

•    Continuity. Organisations should be designed to achieve continuity, stability and predictability. This must be done by minimising disruptions caused by personality and individual idiosyncrasy. The organisation consists of replaceable members, and its design should not be affected by the people who happen to be employed in it.

The classical or scientific management model has been attacked vigorously because it is too rigid and because it makes no allowance for situational factors such as the environment or technology. Neither does it take account of change or human factors, including the informal organisation. But the formal approach, with its emphasis on organisation charts and manuals, job descriptions, clear definitions of responsibility and authority and limited spans of control, still thrives. As Lupton (1975) pointed out: "The attraction of the classical design