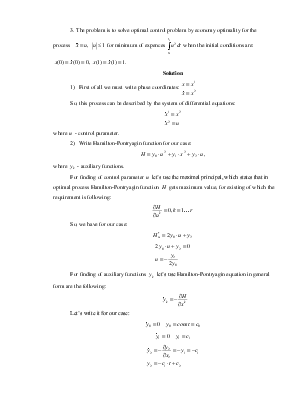 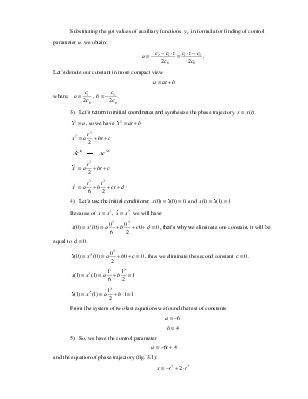 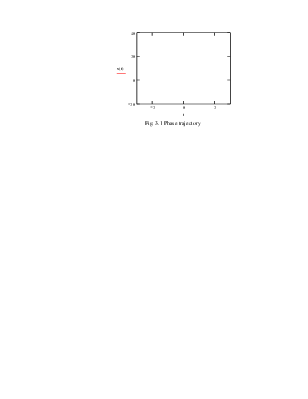 3. The problem is to solve optimal control problem by economy optimality for the process

for minimum of expences

when the initial conditions are:

1)  First of all we must write phase coordinates:

So, this process can be described by the system of differential equations:

2)  Write Hamilton-Pontryagin function for our case:

For finding of control parameter

let’s use the maximal principal, which states that in optimal process Hamilton-Pontryagin function

gets maximum value, for existing of which the requirement is following:

So, we have for our case:

For finding of auxiliary functions

let’s use Hamilton-Pontryagin equation in general form are the following:

Let’s write it for our case:

Substituting the got values of auxiliary functions

in formula for finding of control parameter

4)  Let’s use the initial conditions:

, that’s why we eliminate one constant, it will be equal to

, thus we eliminate the second constant

5)  So, we have the control parameter

and the equation of phase trajectory (fig. 3.1):