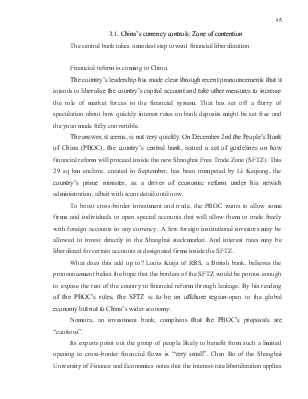 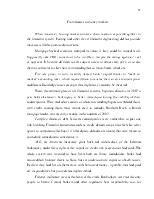 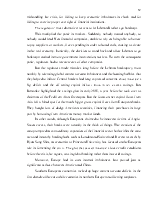 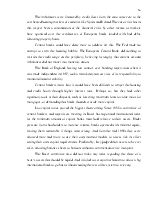 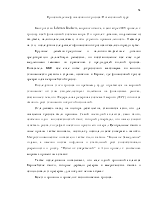 The central bank takes a modest step toward financial liberalization

Financial reform is coming to China.

The country’s leadership has made clear through recent pronouncements that it intends to liberalise the country’s capital account and take other measures to increase the role of market forces in the financial system. That has set off a flurry of speculation about how quickly interest rates on bank deposits might be set free and the yuan made fully convertible.

The answer, it seems, is not very quickly. On December 2nd the People’s Bank of China (PBOC), the country’s central bank, issued a set of guidelines on how financial reform will proceed inside the new Shanghai Free Trade Zone (SFTZ). This 29 sq km enclave, created in September, has been trumpeted by Li Keqiang, the country’s prime minister, as a driver of economic reform under his newish administration, albeit with scant detail until now.

To boost cross-border investment and trade, the PBOC wants to allow some firms and individuals to open special accounts that will allow them to trade freely with foreign accounts in any currency. A few foreign institutional investors may be allowed to invest directly in the Shanghai stockmarket. And interest rates may be liberalized for certain accounts at designated firms inside the SFTZ.

What does this add up to? Louis Kuijs of RBS, a British bank, believes the pronouncement belies the hope that the borders of the SFTZ would be porous enough to expose the rest of the country to financial reform through leakage. By his reading of the PBOC’s rules, the SFTZ is to be an offshore region-open to the global economy but not to China’s wider economy.

Nomura, an investment bank, complains that the PBOC’s proposals are “cautious”.

Its experts point out the group of people likely to benefit from such a limited opening to cross-border financial flows is “very small”. Chen Bo of the Shanghai University of Finance and Economics notes that the interest-rate liberalization applies only to interbank certificates of deposit and non-yuan savings in the SFTZ, which he thinks is “too conservative”.

But analysts at Merrill Lynch are happy that “cross-border capital flow via the zone may become much easier than expected”. They see a gush of funds into the SFTZ that will buoy Chinese firms based in Shanghai, especially banks, as well as the city’s property market both within and beyond the zone. They forecast that over time the gap between the share prices of firms listed on the Shanghai exchange (which is largely closed to foreign investment) and those on the Hong Kong exchange (which is open to the world) will start to disappear.

It will not be clear which camp is right for some time yet, as the PBOC’s proposals must still be vetted by other (generally more cautious) regulators like the Ministry of Finance and the China Banking Regulatory Commission. But given the fraught political environment, the proposals seem a pragmatic way to advance reform. After all, it was a similar pilot scheme, the Shenzhen special economic zone, that set in motion China’s world-changing boom in manufacturing for export.