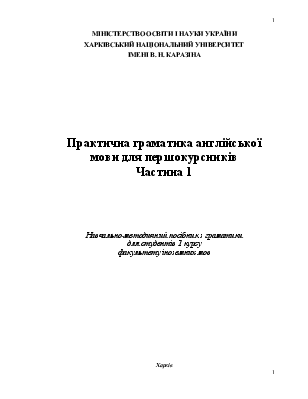 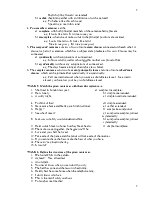 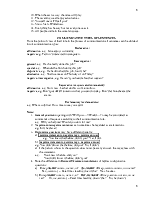 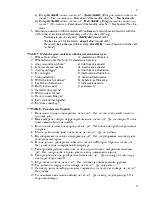 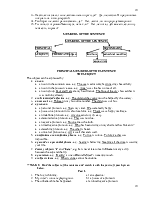 MEMBERS OF THE SENTENCE

MEMBERS OF THE SENTENCE

PRINCIPAL MEMBERS OF THE SENTENCE

The subject can be expressed by:

·  a noun in the common case, e.g.  The sea is calm tonight. Anna sings beautifully.

·  a noun group, Paul and Vera are my best friends. The blue of the sky showed that it was morning already.

2.  a substantivized adjective, e.g.  The old and the young must be helped by the society.

3.  a numeral, e.g. Thirteen is my favourite number. The third was our bus.

·  a personal pronoun, e.g. She is my sister. We were really happy.

·  a possessive pronoun in its absolute form, e.g.  Theirs was a happy marriage.

·  a demonstrative pronoun, e.g. That was not true.

·  a negative pronoun, e.g. No one knew the truth.

·  an interrogative pronoun, e.g.  Who has been sitting on my chair and has broken it?

·  a detaching pronoun, e.g.  The other is better.

·  a universal pronoun, e.g. All is well that ends well.

6.  a gerund or a gerundial phrase, e.g.  Seeing is believing. Sleeping all the time is wasting your life.

8.  a quotation, e.g.  ‘Daddy’ is one of Danielle Steel’s romantic novels.

**TASK 9.  Find the subject of the sentence and match it with the parts of speech given below.

16.  Gardening after work is my father’s hobby.  p)  a subject clause;

Predicates of this kind denote one action and may be expressed by:

e.g. They never cook themselves

e.g. Mary is cooking dinner tonight. (is – an auxiliary verb; cooking is a notional verb)

Mary has been going out with Jake since April. (has been –auxiliary verbs; going out is a notional verb)

Yesterday she was invited to go out by Nick. (was – an auxiliary verb; invited – a notional verb)

e.g.  She is going out tonight.

Jim never takes off his shoes when he comes home.

e.g.  At the sight of the dog Sofia got frightened and gave a cry.

The expert took a look at the picture and said that it was a fake.

e.g. Bertha changed her mind about the trip to Liverpool.

Look through your papers and get rid of all you don’t need.

Predicates of this kind are expressed by a noun, an adjective, an infinitive, a gerund or a participle, e.g.

They, trying to help?

Such an old man, to walk so much?

Predicates of this kind consist of a modal verb and an infinitive (with or without the particle “to”),

They are to come at noon.

Predicates of this kind consist of a verb denoting the beginning, duration, repetition or the end of the action plus an infinitive or a gerund,

e.g.  They started to talk again. (beginning: to begin; to start; to take off, to commence, etc.)

The students stopped talking. Try to make your boyfriend give up    smoking. (end: to stop; to end; to to give up; to finish, etc.)

My dad used to take me fishing.(repetition of the actions: used to, would to - with the past reference)

Predicates of this kind consist of a link verb and a predicative (nominal part);

Note:  Do not confuse! predicate # predicative

Predicatives can be expressed by different parts of speech:

·  in the common case, e.g.  Barbara is a pilot. Steve and Lily are orphans.

·  That was she. (personal pronoun)

·  This book is hers. (possessive pronoun)

·  That was nothing. (negative pronoun)

·  Boris’s aim was to study in Oxford. (an infinitive)

·  The day got more and more fascinating. (participle I)

One and the same verb can be both a link verb and a notional verb according to its function in the sentence. While serving as link verbs, notional verbs lose or change their lexical meaning.

Link verbs are never followed by adverbs, only by adjectives. Russian and Ukrainian learners often make mistakes in the following:

BUT:  to feel well (physical state) ≠ to feel good (feeling happy or confident about smth)

How’s your granny’s hand after the operation? - She feels badly; her finger are still stiff.

I feel good about our visit to granny on Saturday.

There exist some mixed kinds of predicates whose types are determined by the first type of predicate,

The boy continued to be happy the whole week. = compound aspect nominal predicate

John just had to be the first in that competition. = compound modal nominal predicate

*TASK 10.  Choose the correct part of speech after the verb.

**TASK 11. Find the predicatives in the sentence given below and match them with the parts of speech in the right-hand column.

**TASK 12.  Find the predicates in the sentences below and decide if they are defined in the right or wrong way. Tick the corresponding column. Correct the wrong definitions.

**TASK 13.  Find all the predicates in the text given below and identify their types.

Jean was a nurse at a hospital. She loved her work and was at work most of the day. She was very experienced and looked after the most difficult patients.  When she came home in the evening she looked very tired but she didn’t feel unhappy