Split and Draft Surfaces. Split surfaces are generated from split curves defined on a component 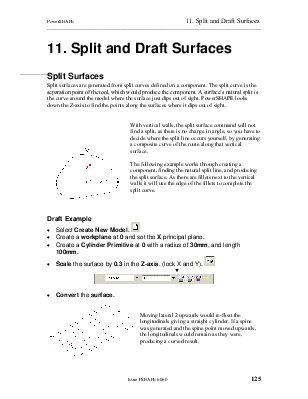 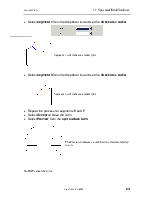 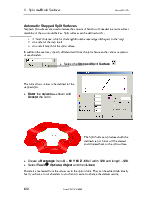 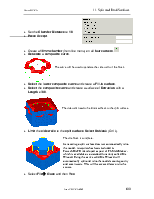 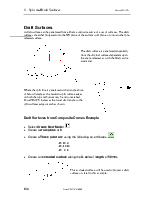 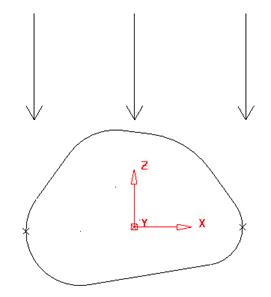 With vertical walls, the split surface command will not find a split, as there is no change in angle, so you have to decide where the split line occurs yourself, by generating a composite curve of the route along that vertical surface.

The following example works through creating a component, finding the natural split line, and producing the split surface. As there are fillets next to the vertical walls it will use the edge of the fillets to complete the split curve.

·  Create a workplane at 0 and set the X principal plane. 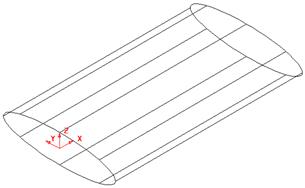 This will create a spine running through the cross sections of the surface, shown as a dotted line. This spine can be deleted without affecting the surface.

·  Set the Y Principal plane and rotate the surface by -10 degrees.

·  Generate a composite curve for each end lateral.

·  Right click over each composite curve in turn and select Delete Dependencies.

·  Create a fill-in surface for each composite curve.

·  Delete the composite curves and select the Z principle plane.

·  Reverse any surface to have the blue outside.

·  Create a Fillet on each end of Radius 2mm.

The model is completed and does not lie on the XY plane. Before a split surface can be generated, the natural split has to be found. 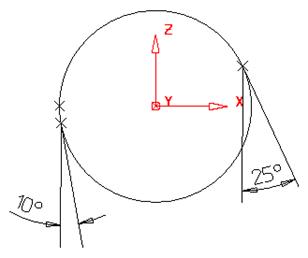 The draft angle is specified in this form. If the composite curve option is ticked PowerSHAPE will generate composite curves of the natural draft, otherwise ordinary curves are generated.

The split surface can now be created from this composite curve.

·  From the Surfaces menu select the Split Surfaces icon. 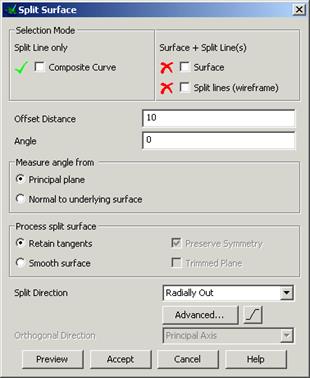 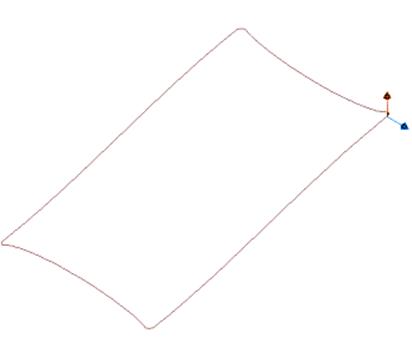 The Split Surface form appears and two arrows appear on the split line.

The blue arrow indicates where the surface will lie and needs to be pointing outwards from the model. The brown arrow indicates the direction of any Draft Angle specified.

·  Click on the arrows to change them if necessary.

·  Enter an offset of 40 and select Preview. 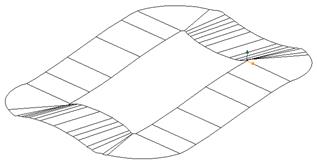 A split surface is generated with each point from the curve extending tangentially out by a length of 40. This can cause ripples in the surface and mismatches at the edges.

·  Select the Smooth Surface option and then press Preview. 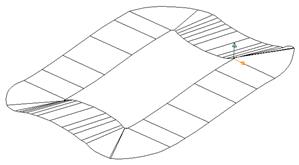 This produces a smoother surface at the edges.

·  Select Unblank and Delete the Surfaces and Workplane.