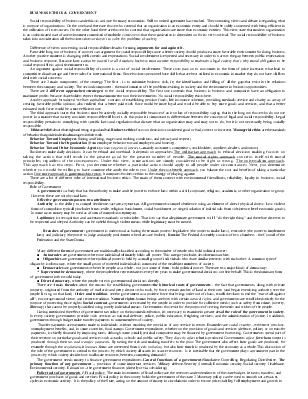 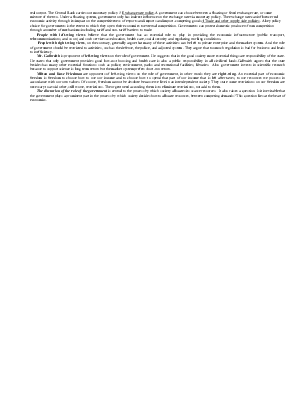 Social responsibility of business and ethics is an issue for many economists. Still no united agreement has reached. The contrasting views and debate is regarding what is purpose of organizations. On the one hand there are those who contend that an organization is an economic entity and should be solely concerned with being efficient in the utilization of its resources. On the other hand there are those who contend that organizations are more than economic entities. This view state that modern organization is an sophisticated part of an environment comprised of multiple components that the organization is dependent on for its very survival. The social responsibility of business takes into consideration all the business does or doesn’t to solve the problems of society.

Difference of views concerning social responsibilities lead to forming arguments for and against it.

Favorable long run of business of course is an argument for social responsibility cause a better society should produce a more favorable environment for doing business. Another positive moment is changing public needs and expectations. Social involvement is expected and necessary in order to narrow the gap between public expectations and business response. Because laws cannot be passed for all situations business must assume responsibility to maintain a legal society that’s why moral obligation to be social responsible is a positive moment too.

An argument against social responsibility of course is a cost of social involvement. These costs pass on to consumers in the form of price increases what lead to competitive disadvantage and fewer sales for international firms. Since business personnel have skills that are best utilized in economic in market they do not have skills to deal with social concerns.

There are 2 main components of the strategy. The first - is to minimize business risk, ie, the identification and filling of all the gapsthat exist in the relations between the company and society. The second component - the transformation of the problems existing in society and the environment in business opportunities.

Another approach introduced ‘welfare capitalism’ contains of establishing pension funds, life insurance schemes, providing medicals service and charity as a way of creating favorable public opinion, also realized that a better paid work force would be more loyal and would be able to buy more goods and services, and that a better educated work force would be a more efficient one.

Ethics are beliefs about what's right and wrong or good and bad. Business ethics focus on decisions considered good or bad, correct or incorrect. Managerial ethics are the standards of behavior that guide individual managers in their work.

Behavior Toward Employees (hiring and firing, wages and working conditions, and privacy and respect)

Behavior Toward the Organization (from employee behavior toward employers and honesty).

Businesses make daily decisions. It can be ethical and unethical. It depends on approaches.The utilitarian approach to ethical decision making focuses on taking the action that will result in the greatest good for the greatest number of people. The moral rights approach concerns itself with moral principles, regardless of the consequences. Under this view, some actions are simply considered to be right or wrong. The universalism approach. This approach has two steps. First, you determine whether a particular action should apply to all people under circum­stances. Next, you determine whether you would be willing to have someone else apply the rule to you. Under the cost-benefit approach, you balance the cost and benefits of taking a particular action. One more approach is gamesmanship-трюк. It compares business ethics to the strategy of playing a game.