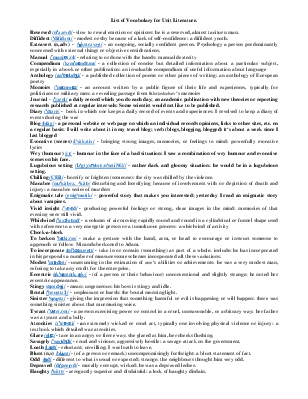 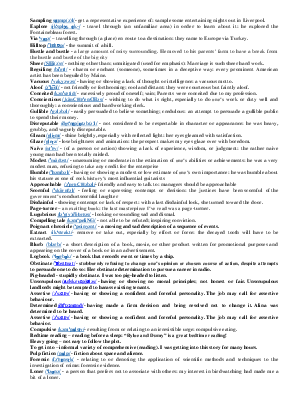 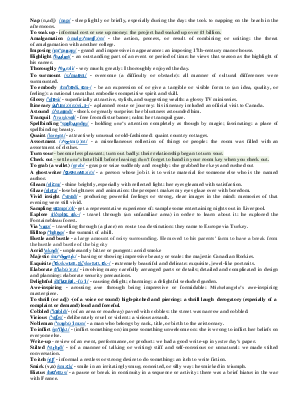 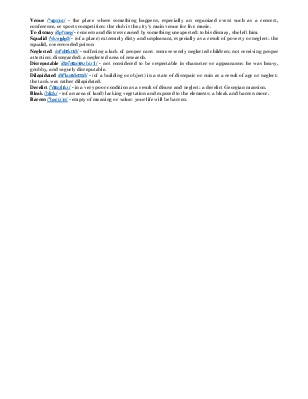 Reserved /riˈzərvd/ - slow to reveal emotion or opinions: he is a reserved, almost taciturn man.

Diffident /ˈdifidənt/ - modest or shy because of a lack of self-confidence: a diffident youth.

Manual  /ˈmanjʊ(ə)l/ - relating to or done with the hands: manual dexterity

Anthology /anˈθɒlədʒi/ - a published collection of poems or other pieces of writing: an anthology of European poetry

Momoirs  /ˈmɛmwɑː/ - an account written by a public figure of their life and experiences, typically for politicians or military men: a revealing passage from Khrushchev’s memoirs

Journal – /ˈjərnl/ a daily record which you do each day; an academic publication with new theories or reporting research published at regular intervals: Some scientist would not like to be published.

Diary /ˈdīərē/ -  book in which one keeps a daily record of events and experiences: I resolved to keep a diary of events during the war

Blog /bläg/ - a personal website or web page on which an individual records opinions, links to other sites, etc. on a regular basis: I will write about it in my travel blog; verb (blogs, blogging, blogged) it’s about a week since I last blogged

Wry (humour) /rī/ - humour in the face of a bad situation: I saw a combination of wry humour and evocative scenes on his face.

Chilling /CHil/ - horrify or frighten (someone): the city was chilled by the violence.

Macabre /məˈkäbrə, -ˈkäb/ disturbing and horrifying because of involvement with or depiction of death and injury: a macabre series of murders

Vivid insight /ˈvɪvɪd/ - producing powerful feelings or strong, clear images in the mind: memories of that evening were still vivid.

Whirlwind /ˈwəːlwɪnd/ - a column of air moving rapidly round and round in a cylindrical or funnel shapeused with reference to a very energetic person or a tumultuous process: a whirlwind of activity

To beckon ˈbɛk(ə)n/ - make a gesture with the hand, arm, or head to encourage or instruct someone to approach or follow: Miranda beckoned to Adam.

To incorporate /ɪnˈkɔːpəreɪt/ - take in or contain (something) as part of a whole; include: he has incorporated in his proposals a number of measuressome schemes incorporated all these variations.

Modest ˈmɒdɪst/ - unassuming in the estimation of one’s abilities or achievements: he was a very modest man, refusing to take any credit for the enterprise.

Eccentric /ɪkˈsɛntrɪk, ɛk-/ - (of a person or their behaviour) unconventional and slightly strange: he noted her eccentric appearance.

Stingy stɪn(d)ʒi/ - mean; ungenerous: his boss is stingy and idle.

Sinister ˈsɪnɪstə/ - giving the impression that something harmful or evil is happening or will happen: there was something sinister about that murmuring voice.

Tyrant /ˈtʌɪr(ə)nt/ - a person exercising power or control in a cruel, unreasonable, or arbitrary way: her father was a tyrant and a bully.

Glare /glɛː/ - tare in an angry or fierce way: she glared at him, her cheeks flushing.

Savagely /ˈsavɪdʒli/ - cruel and vicious; aggressively hostile: a savage attack on the government.

Loath /ləʊθ/ - reluctant; unwilling: I was loath to leave.

Blunt (n,v) /blʌnt/ - (of a person or remark) uncompromisingly forthright: a blunt statement of fact.

Odd  /ɒd/ - different to what is usual or expected; strange: the neighbours thought him very odd.

Depraved  /dɪˈpreɪvd/ - morally corrupt; wicked: he was a depraved lecher.

Sampling sɑːmp(ə)l/- get a representative experience of: sample some entertaining nights out in Liverpool.

Explore /ɪkˈsplɔː, ɛk-/ - travel through (an unfamiliar area) in order to learn about it: he explored the Fontainebleau forest.

Via ˈvʌɪə/ – travelling through (a place) en route to a destination: they came to Europe via Turkey.