Synthesis, Characterization, and Adsorption Studies of Nanocrystalline Aluminum Oxide and a Bimetallic 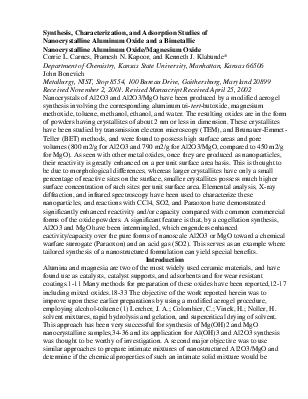 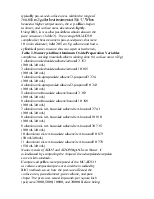 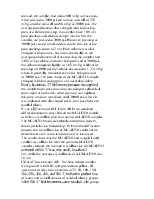 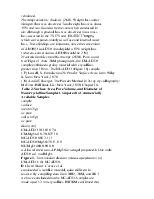 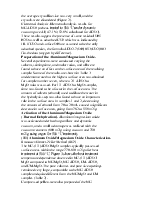 Synthesis, Characterization, and Adsorption Studies of

Nanocrystalline Aluminum Oxide and a Bimetallic

Nanocrystals of Al2O3 and Al2O3/MgO have been produced by a modified aerogel synthesis involving the corresponding aluminum tri-tert-butoxide, magnesium methoxide, toluene, methanol, ethanol, and water. The resulting oxides are in the form of powders having crystallites of about 2 nm or less in dimension. These crystallites have been studied by transmission electron microscopy (TEM), and Brunauer-Emmet-Teller (BET) methods, and were found to possess high surface areas and pore volumes (800 m2/g for Al2O3 and 790 m2/g for Al2O3/MgO, compared to 450 m2/g for MgO). As seen with other metal oxides, once they are produced as nanoparticles, their reactivity is greatly enhanced on a per unit surface area basis. This is thought to be due to morphological differences, whereas larger crystallites have only a small percentage of reactive sites on the surface, smaller crystallites possess much higher surface concentration of such sites per unit surface area. Elemental analysis, X-ray diffraction, and infrared spectroscopy have been used to characterize these nanoparticles, and reactions with CCl4, SO2, and Paraoxon have demonstrated significantly enhanced reactivity and/or capacity compared with common commercial forms of the oxide powders. A significant feature is that, by a cogellation synthesis, Al2O3 and MgO have been intermingled, which engenders enhanced  eactivity/capacity over the pure forms of nanoscale Al2O3 or MgO toward a chemical warfare surrogate (Paraoxon) and an acid gas (SO2). This serves as an example where tailored synthesis of a nanostructured formulation can yield special benefits.

Alumina and magnesia are two of the most widely used ceramic materials, and have found use as catalysts, catalyst supports, and adsorbents and for wear resistant coatings.1-11 Many methods for preparation of these oxides have been reported,12-17 including mixed oxides.18-33 The objective of the work reported herein was to improve upon these earlier preparations by using a modified aerogel procedure, employing alcohol-toluene (1) Lercher, J. A.; Colombier, C.; Vinek, H.; Noller, H.

solvent mixtures, rapid hydrolysis and gelation, and supercritical drying of solvent. This approach has been very successful for synthesis of Mg(OH)2 and MgO nanocrystalline samples,34-36 and its application for Al(OH)3 and Al2O3 synthesis was thought to be worthy of investigation. A second major objective was to use similar approaches to prepare intimate mixtures of nanostructured Al2O3/MgO and determine if the chemical properties of such an intimate solid mixture would be enhanced over the separate nanostructured Al2O3 and MgO. These investigations have met with some success, where very high surface area Al2O3 (770-810 m2/g) and

chemical reactivities should be attainable for a wide variety of intimately intermingled mixed oxides in nanocrystalline form.

by a Modified Aerogel Procedure. Under argon,

to a 500 mL round-bottom flask. This was dissolved in a

to form a clear colorless solution. A solution of 0.216 mL

was added dropwise to form the aluminum hydroxide gel. The

reaction mixture was stirred at room temperature for 10 h and

remained a colorless, soft gel. The hydroxide sol-gel was

transferred to a glass liner of a Parr autoclave. The autoclave

was first flushed with nitrogen and then pressurized (with

nitrogen) to 100 psi. While the reaction was being stirred, the