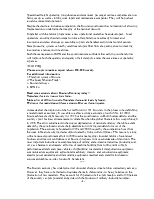 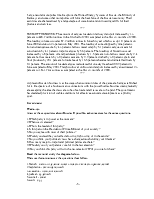 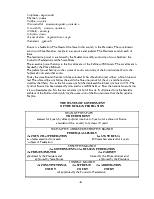 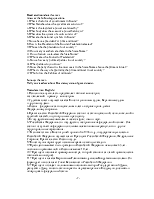 ·  reducing the cost of rail freight;

·  stabilizing operations so they are safe accessible to all users as well as providing good quality service;

The programme is to be fully carried out  by 2010.  The adopted Law on Federal Railways fixes the statutory framework and defines the interrelationships that allow privately owned train operating companies to use the infrastructure. The infrastructure will be managed by a new joint-stock “RZD Co”, which will own locomotives and about half of the wagons.  However, all the shares in new joint-stock “RZD Co” will be held by the Federal Government, which means  that the national rail network will remain under public ownership  and control.

-3Specialized freight operating, long-distance and commuter  passenger service companies are now being set up, as well as rolling stock repair and maintenance companies. They will be pushed towards commercial operation.

Despite the desire to introduce competition, the Russian government has no intention of allowing fragmentation to undermine the integrity of the national network.

In parallel with the reform programme, a new operational model has been developed .  Local

operations, ensuring that trains depart on time, freight trains are correctly formed, and locomotive and crew changes go according to plan, are handled at divisional control centers.

Data processing systems served by satellite and optic fiber links are getting closer to tracking locomotives and wagons in real time.

Both the management of RZD and the government are confident that carrying out the reforms will improve both the quantity and quality of rail transport, and at the same time cut operating expenses.

Translate the texts in a written form.

Make a list of difficult words. Translate them and learn by heart.

Write out the main ideas of these extracts. Discuss them in pairs.

A decade after the implosion of the Soviet Union in 1991, Russia is in the process of establishing a modern market economy. It was able to achieve strong economic growth (5,5% for 2001). Russia achieved a slight recovery in 1997, but the government's stubborn budget deficits and the country's poor business climate made it vulnerable when the global financial crisis swept through in 1998. The crisis culminated in the August depreciation of national currency, the ruble, a debt default by the government, and a sharp deterioration in living standards for most of the population. The economy rebounded in 1999 and 2000, buoyed by the competitive boost from the weak ruble and a surging trade surplus fueled by rising world oil prices. This recovery, along with a renewed government effort in 2000 to advance lagging structural reforms, have raised business and investor confidence over Russia's prospects in its second decade of transition. The most important industries are complete range of mining and extractive industries producing coal, oil, gas, chemicals, and metals; all forms of machine building from rolling mills to high-performance aircraft and space vehicles; shipbuilding; road and rail transportation equipment; communications equipment; agricultural machinery, tractors, and construction equipment; electric power generating and transmitting equipment; medical and scientific instruments; consumer durables, textiles, foodstuffs, handicrafts.

The Russian economy has undergone vital structural changes since reforms started ten years ago. However, they have so far failed to liquidate the main shortcoming- its heavy reliance on the

production of raw materials. They account for 75 percent of all export receipts and for 90 percent

of the country's export potential alongside with the products of military-industrial complex.

-4Large natural monopolies like Gazprom, the United Energy Systems of Russia, the Ministry of Railways and some other monopolies still form the backbone of the Russian economy. Their activities are characterised by a large degree of state intervention in setting tariffs for their products and services.

FREIGHT TURNOVER: The amount of cargoes loaded on railway transport increased by 1.3 percent to 448.7 million tonnes in the first half of 2001 compared to the first six months of 2000.

The loading volumes stood at 87.2 million tonnes in June this year which was up 1.0 percent on June 2000 and down 2.3 percent on May 2001. The loading of coke dropped by nine percent,

iron and manganese ore by 4.3 percent, ferrous metal scrap by 5.1 percent, cargoes meant for construction by 4.1 percent, import cargoes by 5.6 percent. The loadings of bituminous coal increased by 3.8 percent, oil and petroleum products by 1.5 percent, non-ferrous metal ore by 2.4 percent, ferrous metals by 3.0 percent, cement- by 9.9 percent, timber by 3.0 percent, grain and flour products by 20.1 percent, formula feeds by 16.5 percent chemical and mineral fetilizers by 0.1 percent. The amount of loaded cargoes (calculated for one day) reached 100.9 percent in June compared to May 2001. Freight turnover on Russian transport increased by an estimated 2.3 percent to 1,831.7 km-tonnes as compared to the first six months of 2000.

At present Russian business is at the stage when common rules of the game are being established for it, irrespective of a businessman's connections with the power bodies. Businessmen gradually are accepting the idea that laws are to be observed and all taxes are to be paid. The government has declared provision of stable conditions