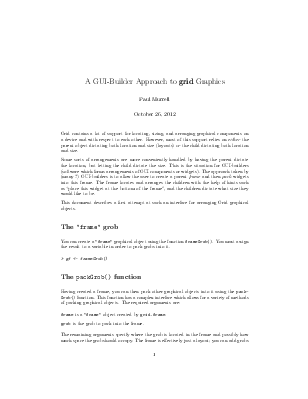 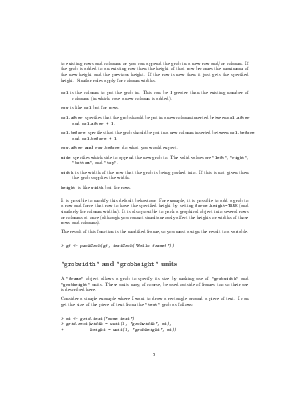 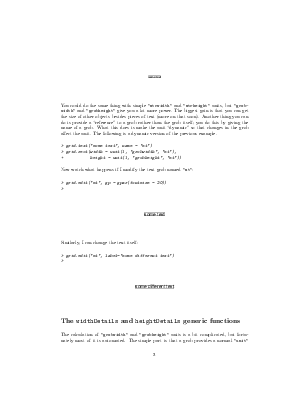 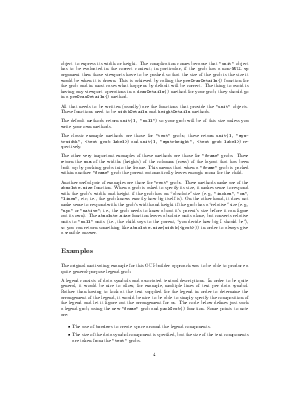 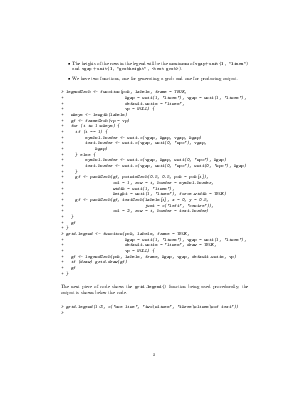 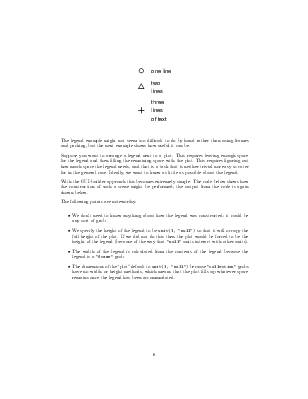 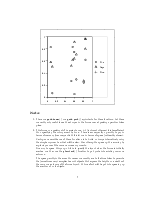 A GUI-Builder Approach to grid Graphics

Some sorts of arrangements are more conveniently handled by having the parent dictate the location, but letting the child dictate the size. This is the situation for GUI-builders (software which forms arrangements of GUI components or widgets). The approach taken by (many ?) GUI-builders is to allow the user to create a parent frame and then pack widgets into this frame. The frame locates and arranges the children with the help of hints such as “place this widget at the bottom of the frame”, and the children dictate what size they would like to be.

This document describes a first attempt at such an interface for arranging Grid graphical objects.

You can create a "frame" graphical object using the function frameGrob(). You must assign the result to a variable in order to pack grobs into it.

Having created a frame, you can then pack other graphical objects into it using the packGrob() function. This function has a complex interface which allows for a variety of methods of packing graphical objects. The required arguments are:

frame is a "frame" object created by grid.frame. grob is the grob to pack into the frame.

The remaining arguments specify where the grob is located in the frame and possibly how much space the grob should occupy. The frame is effectively just a layout; you can add grobs to existing rows and columns or you can append the grob in a new row and/or column. If the grob is added to an existing row then the height of that row becomes the maximum of the new height and the previous height. If the row is new then it just gets the specified height. Similar rules apply for column widths.

col is the column to put the grob in. This can be 1 greater than the existing number of columns (in which case a new column is added).

col.after specifies that the grob should be put in a new column inserted between col.after and col.after + 1.

col.before specifies that the grob should be put in a new column inserted between col.before and col.before + 1.

side specifies which side to append the new grob to. The valid values are "left", "right", "bottom", and "top". width is the width of the row that the grob is being packed into. If this is not given then the grob supplies the width.

It is possible to modify this default behaviour. For example, it is possible to add a grob to a row and force that row to have the specified height by setting force.height=TRUE (and similarly for column widths). It is also possible to pack a graphical object into several rows or columns at once (although you cannot simultaneously affect the heights or widths of those rows and columns).

The result of this function is the modified frame, so you must assign the result to a variable.

A "frame" object allows a grob to specify its size by making use of "grobwidth" and "grobheight" units. These units may, of course, be used outside of frames too so their use is described here.

Consider a simple example where I want to draw a rectangle around a piece of text. I can get the size of the piece of text from the "text" grob as follows:

You could do the same thing with simple "strwidth" and "strheight" units, but "grobwidth" and "grobheight" give you a lot more power. The biggest gain is that you can get the size of other objects besides pieces of text (more on that soon). Another thing you can do is provide a “reference” to a grob rather than the grob itself; you do this by giving the name of a grob. What this does is make the unit “dynamic” so that changes