Read this text and translate it in written form. Make up 5 special questions to the text. Translate into Russian paying attention to the modal verbs and their equivalents 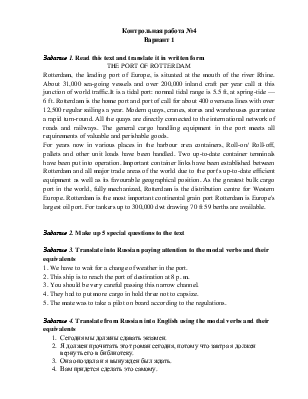 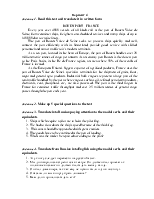 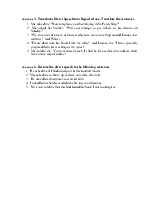 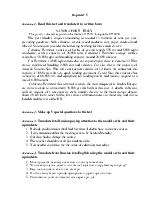 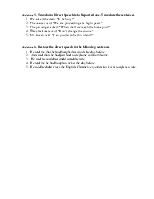 Industrial bulk cargoes represent a large part of the total traffic handled by the port where cargoes such as oil, refined petroleum products, chemicals, coal, phosphates etc,, are also processed. The port is the third largest in France for container traffic throughput and over 2.5 million tonnes of general cargo passes through the port each year.

Задание 2. Make up 5 special questions to the text

Задание 3. Translate into Russian paying attention to the modal verbs and their equivalents

1.  Ships which require a pilot are to hoist the pilot flag.

2.  We had to slow down the ship's speed because of the thick fog.

3.   This coast should be approached with great caution.

4.  The goods have to be examined at the port of loading.

5.  When was the tanker be repaired according to the plan?

Задание 4. Translate from Russian into English using the modal verbs and their equivalents

Задание 5. Transform Direct Speech into Reported one. Translate the sentences

1.  She asked me: "Now long have you been living in St. Petersburg?"

2.   She asked her brother: "Will you manage to get tickets to the theatre on Sunday?"

3.  "We saw a lot of places of interest when we were travelling around Europe last summer," said Walter.

4.  "Please don't take the books from my table," said Lena to me. "I have specially prepared them for working at my report".

5.  She said to me: "Come at nine o'clock, I shall be free at that time and we shall have a nice cup of coffee."

Задание 6. Restore the direct speech in the following sentences

1.  He asked me if I had taken part in the football match.

2.  She asked me to hurry up as there was little time left.

3.   He asked his classmates to wait for him.

4.  I asked him when he would take his last examination.

5.   My sister told me that she had found the book I was looking for.

Задание 1. Read this text and translate it in written form

Cellulose Terminal: consists of berths of overall length 550 mt and 8000 sqmt warehouse, with a capacity of 20,000 tons. Containers Terminal: storage surface available is 50,000 sqmt with handling capacity around 20,000 teu/year.

Car Terminal: 12,000 sqmt allotted to car export/import close to zone no.32. This area is capable of handling 2,000 cars and vehicles. Car silo: this is the property of Autosilo Savona Spa. This tall construction consists of 14 floors all connected, the capacity is 3000 cars with very quick loading operations. Cereal Silo: this structure has a capacity of 60,000 m3. and equipment for loading trucks and railway wagons at a rate of 6,000 tons/hr.

Cableway Terminal: this terminal is surely the most unique of its kind in Europe, ore carriers of up to a maximum 30,000 grt can berth at this pier. A double cableway with air wagons of 1 ton capacity each, transfer the ore to the main storage deposit about 20 km from water berths; first-class communications via motorway and rail to London and the rest of the UK.

Задание 2. Make up 5 special questions to the text

Задание 3. Translate into Russian paying attention to the modal verbs and their equivalents

1.  Nobody paid attention that I had been late, I didn't have to invent excuses.

2.   I was announced that the meeting was to be hеld on Monday.

3.  Our ship had to change the course.

4.  The teacher should treat all his students alike.

5.  You needn't explain to me the value of education nowadays.

Задание 4. Translate from Russian into English using the modal verbs and their equivalents

Задание 5. Transform Direct Speech into Reported one. Translate the sentences

2.  The master said: “We are proceeding at a high speed.”

3.  The passenger asked: “When shall we reach the home port