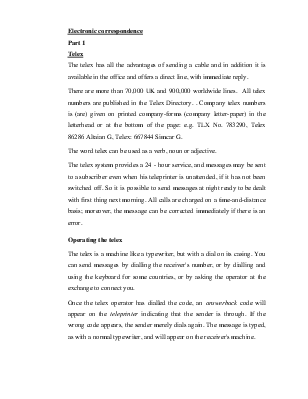 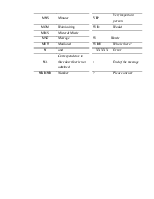 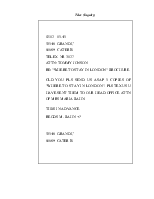 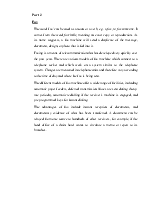 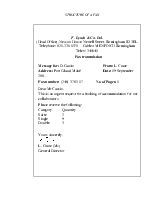 The telex has all the advantages of sending a cable and in addition it is available in the office and offers a direct line, with immediate reply.

The word telex can be used as a verb, noun or adjective.

The telex system provides a 24 - hour service, and messages may be sent to a subscriber even when his teleprinter is unattended, if it has not been switched off. So it is possible to send messages at night ready to be dealt with first thing next morning. All calls are charged on a time-and-distance basis; moreover, the message can be corrected immediately if there is an error.

The telex is a machine like a typewriter, but with a dial on its casing. You can send messages by dialling the receiver's number, or by dialling and using the keyboard for some countries, or by asking the operator at the exchange to connect you.

Each telex message is finished with a + sign, if the end is not clear, and a ++ sign is used after the last message. The sign + ? at the end of a

message means either reply, confirm, or a further message will be sent, so that a new call does not have to be made.

Figures or unusual words are sometimes repeated at the end of the message. This is known as collation

The advantages of automatic transmission are obvious.

Telexes should be short, exact and clear. They are often written without the Opening Salutation or the Complimentary Closing and without paragraphs.

Conjunctions, prepositions, pronouns and punctuation marks may be omitted if it does not impair the meaning of the message. To mark the end of the sentence the word "stop" or a fullstop may be used. As a rule no capital letters are used in telex messages.

The messages in telexes are usually abbreviated versions of the sentences we would use in everyday speech or in letters. So words may be shortened (see the list of abbreviations below) or words may be missed out completely— especially words like the, a, is, are, for, from etc.

Below you can see some of the ways in which words may be abbreviated in telexes. Note that it is not obligatory to use these abbreviations. You can write the message out in full sentences, with full forms