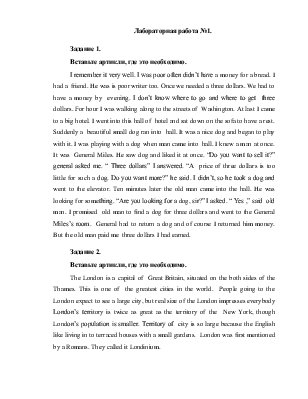 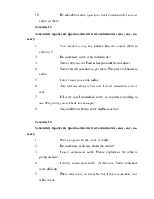 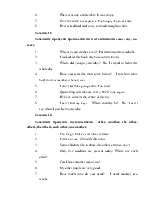 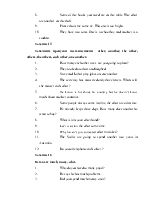 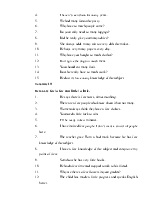 I remember it very well. I was poor often didn’t have a money for a bread. I had a  friend. He was is poor writer too. Once we needed a three dollars. We had to have a money by  evening. I don’t know where to go and where to get  three dollars. For hour I was walking along to the streets of  Washington. At last I came to a big hotel. I went into this hall of  hotel and sat down on the sofa to have a rest. Suddenly a  beautiful small dog ran into  hall. It was a nice dog and began to play with it. I was playing with a dog when man came into  hall. I knew a man at once. It was  General Miles. He saw dog and liked it at once. “Do you want to sell it?”   general asked me. “ Three dollars” I answered. “A  price of three dollars is too little for such a dog. Do you want more?” he said. I didn’t, so he took a dog and went to the elevator. Ten minutes later the old man came into the hall. He was looking for something. “Are you looking for a dog, sir?” I asked. “ Yes ,” said  old man. I promised  old man to find a dog for three dollars and went to the General Miles’s room.  General had to return a dog and of course I returned him money. But the old man paid me  three dollars I had earned.

TheLondon is a capital of  Great Britain, situated on the both sides of the Thames. This is one of  the greatest cities in the world.  People going to the London expect to see a large city, but real size of the London impresses everybody  London’s territory is twice as great as the territory of the  New York, though London’s population is smaller. Territory of  city is so large because the English like living in to terraced houses with a small gardens.  London was first mentioned by a Romans. They called it Londinium.

I’ve lived in the Barfield for a long time. I have a job in the London so I travel to London by to train almost every day and know a faces of almost half passengers. But, of course, I don’t know  names of all these passengers.

One day I stayed at the office till late in the evening and got to Waterloo Station in to  time for at nine o’clock train. I took to seat next to  man of about forty  face of a man was familiar to me.

The weather was terrible and when a train came to the station it was raining heavily. I offered a man to lift in my car. He agreed. But on to the way to the Barfield he suddenly asked to stop  car at the very lonely place. When I stopped car something heavy hit me on my head.

When I came to I was in  field. I had  terrible headache, no car, no money. I walked to the police station. I told to sergeant on duty about what had happened to me. Then I saw photo on the wall. I recognized  man in to photo at once. It was the man who had robbed me. Then I realized why face of man was familiar to me the police were looking for him and there were  pictures of a robber everywhere in Barfield.

Fleet street is famous as to home of the nation’s newspapers, but in fact only two of them -  Daily Express and  Daily Telegraph are still in Fleet street. However,  people still say “ To  Fleet street” to mean “press”.  British are nation of the newspaper readers. Many of them have a daily papers delivered to their homes in time for  breakfast.  British newspapers can be divided into two groups: quality and popular. The  quality newspapers cover to home popular stories as well as news.

City of London is one of  the  major banking centres of the world and you can find to the banks of many nations in  famous Theadneedle Street and surrounding area. Here you will also find to Bank of  England. Nearby is the Stock Exchange which is like  busy market, except that here not  food but  shares of the commercial companies are bought and sold.

A little further along in the  Leadenhall Street is Lloyds, the most famous insurance company in the world.

The West End is  name given to  area of the central London north from the Mall to the Oxford Street. It includes Trafalgar Square, main shopping areas of the Oxford Street, the Regent Street and the Bond Street and entertainment centers of the  Soho, the Piccadilly Circus, the Leicester Square and the Shaftesbury Avenue. Its name is associated with glamour and  bright lights.

Opposite the Houses of Parliament stands Westminster Abbey. From the Norman times fo  British monarchs have been crowned there and since an 13th century they have been buried there.

Piccadilly Circus is a center of the night life in  the West End. It is usually a  top of everybody’s list of things to see in London.